Before The beginning of the company

I was 19 and working my way through college, when I realized that I was in a lull. I just wasn’t achieving the results I knew that I was capable of. I knew that I wanted to travel, Australia was my first dream destination, but the kinds of jobs I was working didn’t pay that much and I was in school. I’d thought about bartending as a cool profession. Then one day ( and I don’t recommend this because education is a wonderful thing), I dropped out of college and enrolled in a six week bartending school, Fine Art Bartending, owned by John and Jean Barkman at the time. You can imagine how that went over with mom!

The course gave me the basics and soon after finishing, I landed a job at the FOGG AND SUDS restaurant. It was a very busy summer place with a patio, and a good working and training philosophy. That spring and summer I learned a lot. I started my traveling in Australia, then lived in Hawaii for awhile (which I’ll always love) where I started surfing and moved up to nite-club bartending. I began modeling (Levis gave me my first job) so I traveled some more, but there was always bartending.

When I decided to come home, I wanted to work at THE ROXY NiTECLUB which was the most popular bar in town. THE ROXY had been around for a few years and had the reputation of having the best bartenders in town. These were the guys who pioneered performance bartending for me: RICHARD NIXON, FRASER KEITH, ANDREW MACBETH, SASHA POCEKOVIC, GREGOR HEIEIS, GEOFF MENU, RYAN ENNIS, and CHRIS HANSON. These were the guys I looked up to.

They all had their own unique style. Some of them didn’t even flip that much, but it was the way they did the little things that impressed me as much as the big tricks. COCKTAIL – THE MOVIE with Tom Cruise, Byran Brown & Elizabeth Shue had come out a few years before, so I had seen some of the basic moves on screen as well as occasionally sitting at the bar and watching. The only problem was that these guys moved so fast, it was difficult to pick up much. I remember feeling a little overwhelmed. I wanted to learn, but I didn’t know where to begin. I didn’t know any of these guys at the time and figured that they wouldn’t want to give away any of their secrets. For the record, I didn’t actually ask.

Then along came an Advanced Bartending Course. I won’t tell you where or who, to protect the innocent, but the instructor promised to teach us a lot for $425 and I did learn a lot from him, I really did, although not what he meant to teach me and certainly not what he claimed to be able to teach me. Unfortunately, he only actually taught us three moves ($425 ) 3 = $141.67 per move) and one of the 3 moves was completely wrong. To be fair though, I’d like to say that he was also a good speaker, a great motivator and a real friendly guy. Anyway, I still think fondly of him and would like to buy him a beer some day, wherever he is.

The moral of that story for me is that I didn’t feel that I got what I paid for or needed at the time. So, I went out and taught myself.

I picked a partner (COLIN BANNON who is still a great friend) and I practiced in my backyard every morning and afternoon. In the late afternoon, Colin would come over and I’d teach him everything I’d been working on. I got really excited and felt totally alive & invincible. Six weeks after we began flipping, we entered THE QUEST FOR THE BEST BARTENDER IN VANCOUVER CONTEST against bartenders who had been at it for much longer. We placed third.

There is footage of our backyard practice sessions, in the rain, and our first bartender competition routine on our COMPETITION HIGHLIGHTS video of the “ Working Flair Starter Series”. It’s pretty funny, we call each other Dude and Boy and oh do we look young!

Someone from THE ROXY watched us that night (wonderful for the nerves) and they hired me six months later. Thank you to Mr. Vance Campbell. Vance came up with the name BAR SMART for my company. He’s a hell of a guy, a valued mentor, and quite honestly the sharpest mind I know of in this business. I don’t know what he makes, but it can’t be enough for what he’s accomplished for Granville entertainment. By the way, BLAINE CULLINGS who with his family is the owner of THE ROXY AND GRANVILLE ENTERTAINMENT, has done a great job turning the Granville Street into a one stop shopping area for entertainment with different places to choose from. I want to thank Blaine for having me on your team, and for the Mexico trip, gracias to Vance, Blaine and Brian Peers.

Over the next few years, I got to work in a club where everyone was great. I soaked up knowledge, started creating some of my own and had a great time doing it. Along the way, I kept surfing, modeling and bartending but more and more people were asking me to teach them or put a training program together for different schools or companies. Eventually it came down to three options:

1.   Go to Amsterdam with the BULLDOG CAFE to be head bartender, train the staff and open a bartending school.

2.   Go to Hong Kong to bartend at the CHINA JUMP, a brand new club. A representative of the club, John Green, was the name on the card, happened to watch   me one  night in THE ROXY. He described THE JUMP as having the Ahottest bartenders in the world.(Incidentally, I’d love to speak with John again and buy him a beer, if he even remembers me.)

I chose door # 3 and the response was good enough for me to rethink my future and I started the company. 14 years later we’re still getting better every yearJ

If you want to know the real reason for this company and why so much hard work and thought went into creating the products and services we offer, It’s really pretty simple, It wasn’t there when I needed it. I understand how frustrating life can be when you want something, but there’s no one around to help you. That’s why we make things simple and take it step by step so that they’re easy to learn. We take this patient, user friendly approach to everything we do. We remember what it felt like to be on the other side. Many negative people look down on wannabes. I think that’s garbage because everyone starts out wanting to be something. That’s a great first step, especially, if you want to be the best at something. We don’t claim to be the best bartenders in the world. (What is that anyway?) We want to be thought of as some pretty hot bartenders who can really teach , perform and that have put together an incredibly thorough and complete training program that’s considered to be the best in the world. So, we’re not concerned about being the best bartenders in the world. We’d just like to help you to be.

Jan. 1994- In the beginning…Scott Young, President and Head Bartender Instructor, picked and trained a team of top

bartenders. The team was originally designed for two purposes: 1) To give demonstration performances in order to showcase the merits of this exciting style of bartending at trade shows and special events across the country; 2) To give a half day bartender seminar teaching performance bartending and the importance of customer service excellence. We then took the team on the road to see if anyone was interested.

The half day seminar proved popular enough to turn into a full day, which quickly expanded into two full days. We were asked to prepare a customer service seminar designed for everyone in the hospitality industry. We created both a half day and a full day customer service seminar. At this point we began to have people, who had already gone through the first incarnations of the Performance Bartending Seminar, come back to ask for more. They had gotten a taste of what was possible and now they wanted to push the envelope. They asked for more spectacular moves, partnership sequences and the fundamentals of competitions.

We responded with the one day Mastery Seminar. Through our growing years, our performances continued to entertain crowds and generate extensive media attention. We’ve even managed to organize, sponsor and judge a few competitions. Over the years we’ve helped take this science and art we call performance bartending to THE EXTREME. The only problem is that we can’t be everywhere we want to be. So, we began to work on two new projects.

Based on our seminars, we now offer:
THE EXTREME BARTENDING VIDEO TRAINING SERIES

THE SEMINAR COLLECTION
PROMOTING EXCELLENCE IN THE HOSPITALITY INDUSTRY

Combined, they cover everything we teach in our seminars. We’ve brought them to you at cost effective prices and we think you’ll agree that you’ll get your money’s worth and more. In fact, your investment will pay for itself in a very short time.

Be a professional and if you’re going to serve it, SERVE IT WITH STYLE! 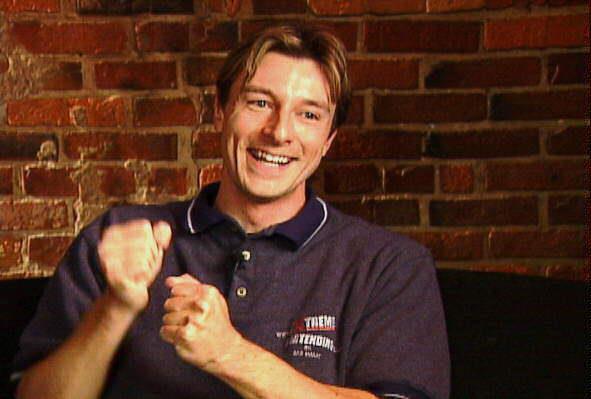 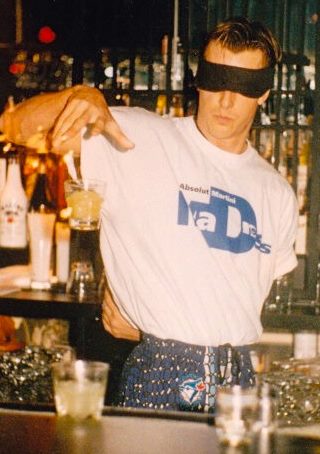 P.S. If you’re ever in Vancouver, Canada, drop in to the ROXY NITECLUB at 932 Granville Street (downtown). (1-604-331-7999) I worked the front bar for 11 years with some really great people. 2 of our former flair bartender instructors/performers work there now ( You may know them from our flair bartender training DVD’S & Videos… Marc Mital and Marcin Delecki ) and one of our current stars, Micah Dew. So, if you come to town, go on down to the Roxy and look for those 3 or let me know you’re coming and maybe i’ll stop by to buy you a drink and we’ll swap a story or two.